Reset the Debt in Parliament

Well over a thousand supporters of the Reset the Debt campaign wrote to their MPs to ask them to attend the debate on household debt in Parliament on 8 July. Thank you! The debate attracted a range of MPs from across the political spectrum, and while a wide range of views and issues were raised and there were disagreements, it was really encouraging to see areas of consensus among MPs.

Covid debt is a problem that needs attention

The most important area of agreement was that household debt is a problem that the lockdown has made much worse. The most quoted number came from a report by our friends at StepChange – that 11 million people in the UK have taken on around £25bn in debt during the pandemic.

There was also an acknowledgment that the effects of lockdowns had been grotesquely unequal, with those already struggling being forced to take on debt, while the more affluent were able to pay off debt and save.

It is great that Parliamentarians from across the political spectrum are now acknowledging the scale of the problem.

Contributors to the debate talked about the problems that were building in the system prior to the pandemic. There was a wish to improving lending practices and regulation. There was a recognition, of the reality that low-income families do need to borrow from time to time, so it is vital that ensure that cheap, non-exploitative credit is available.

Concern was expressed about family incomes. A number of contributors, including a Conservative MP, questioned the government’s decision to cut Universal Credit by £20 a week this September, and highlighted that many families coming for debt advice have “negative budgets” – where essential expenditure is greater than total income. The key point being that without adequate income, debt is both inevitable and unaffordable.

The Reset the Debt campaign is asking that Government recognises that the debt racked up by low-income families during the pandemic the result of an extraordinary situation that requires an extraordinary response.

Genuinely affordable credit for low-income families, better regulation of the sector, and adequate incomes are hugely important – and it is fantastic that Parliament is wrestling with these issues. John Glen, the Government Minister who responded, outlined some welcome plans to make progress on this. We hope they will make things better over the long term, but for the families who had to borrow to survive over the pandemic, their budgets barely worked before the lockdown – so making their budget work with large debt repayments is unimaginable.

The Reset the Debt campaign is asking for the Government to set up a fund to pay off the debts unavoidably racked up by some low-income families during the pandemic. There was some agreement that this debt is a special case, but no consensus around if or how policy should be changed to reflect this.

It was encouraging that some opposition members mentioned our proposals for a debt-write off and proposals from Stepchange for a “contingent loan” scheme to address the huge weight of household debt built during the pandemic. There is some acknowledgement that there needs to be a policy response to Covid household debt – but there is still much work to be done to build agreement around what an appropriate policy response should be.

Backbench debates rarely result in an immediate change of policy. They can however be an important step towards change by highlighting concerns, exposing areas of agreement and disagreement, and bringing forward new ideas. Thursday’s debate was a step forward.

So thank you to all those who were part of that first step who have taken actions as part of this campaign. Please keep following and share the campaign far and wide so we can gather more people to join in the next steps.

If you haven’t contacted your MP about the Covid debt crisis, why not do that now?

Write to your MP 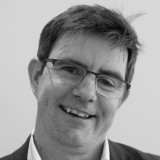 I am the policy advisor with particular responsibility for issues around the economy including poverty and inequality. Prior to working for the Methodist Church I was a postdoctoral researcher at Imperial College studying viral disease and vaccine design.