Rural communities are an inherent part of the land – not only do they live amongst it, but also often derive a livelihood from it. It is inevitable, therefore, that the effects of climate change can be more keenly felt in rural areas.

In the prolonged dry summer of 2018, rural inhabitants, who often aren’t served by a mains water supply, were left without water for their homes and livestock. Crops including grass struggled to grow and left many farmers with less fodder to feed their livestock through the winter.

UK Agriculture has been portrayed in a negative light where the cause of climate change is concerned. Transport, energy supply, business and residential all emitted more greenhouse gases but farmers and their families have been targeted with protests for producing meat and milk and the effect this has on the climate.

Rural stakeholders have come together to help each other and find long term solutions. Rural communities have had to deal with the effects of floods and droughts but, also, they come together to inform decision making that effects their locality and influence planning and funding decisions. At times of crisis, and climate change can be described as one such crisis, one often finds community led initiatives and this has been the case and will no doubt continue to be the case.

Energy providers, the second largest contributor to the UK carbon emissions, has seen a big shift towards renewable energy and more and more of our energy is produced from renewable sources. With the increase of wind farms and solar panels some would argue that this has been at the expense of some rural landscapes. Others would argue not – wind and solar power is a direct and responsible response to addressing a real need for sustainable energy production.

The response of the agricultural community is to adapt. Farmers have quite a challenge; to produce affordable food, whilst lowering the negative effect of this food production on the environment and have a profitable business. The response from the farming industry has been to become more resilient to changes in climate. Farmers are now growing combinations of grasses and crops to give their livestock the nutrients they need without supplementing their diet with other crops. Farmers are using alternative forms of bedding for livestock, renewable fertiliser and indeed animal feed. One example under-sow’s their grass with other crops to improve nutrients, they use brewers’ grains to feed their animals and the nutrient rich dredging from a local reservoir to fertilise their land. There is an on-going nationwide program of improving farm resilience to mitigate the effects of climate change which comes hand in hand with efficiency and so reduces the contribution of UK agriculture on climate change.

At the policy-makers level the proposed Agricultural Bill, whilst focusing on the environment, looks to change agriculture on a scale not seen since the second world war. The proposed bill doesn’t mention food production which is of concern given that we must be more efficient with the land resources we have, nor does it address the year on year reduction of income on farms and the untold affect this will have on our rural economies.

So, to businesses and households. We have definitely seen an improvement in energy efficiency and a reduction of household waste. For example, in rural areas it was often the case that oil or gas was the only method of heating a home and water. Now rural householders are choosing different, more climate friendly, options such as biomass boilers, ground source heating, and solar panels. Many householders make a conscious decision to choose energy providers who don’t rely on coal power.

Changes have been made in rural areas where the effects of climate change are felt more keenly but more can and should be done. The biggest contributor of carbon emissions in the UK is transport and a sustainable response to this is a long way from being found – especially in rural areas. Over the last two decades rural areas have seen a steep decline in public transport, it either doesn’t exist or is very expensive. This has led to an increased reliance on cars.  Furthermore, a reduction in services such as post offices, banks and hospitals have seen rural residents having to travel further and further.

Whilst cycling is a much-practiced pastime in rural areas it is not a sustainable solution to the transport challenges facing those who live, work and are raising a family in rural areas.  Buses are few and far between, especially in areas outside of the tourist hotspots; rural roads are dangerous roads, and the infrastructure is simply not in place. We are seeing an increase in the provision of electric cars in rural areas with more charging stations appearing but so much more can and should be done by policymakers to find sustainable solutions.

Amanda Gordon is coordinator of Cumbria Agricultural Chaplaincy. She runs her own catering business from the family farm, works on the farm and works as a consultant focusing on rural diversification and grant applications.  She is the mum of two girls. 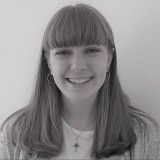 I am the Campaigns and Church Engagement Officer for JPIT. My role involves working with the team to ensure that our campaigns are run effectively, and helping to empower local churches to engage with social justice and effective change-making. I have a background in local church partnership and engagement, and enjoy exploring how we communicate for effective change. I am particularly excited to see how JPIT can empower the church to be a voice of hope and transformation, particularly for those marginalised and disempowered by the systems of society.